In this section you can share self-made extensions with other users of WYSIWYG Web Builder.
There is a dedicated section for commercial extensions.
Forum rules
Post Reply
36 posts 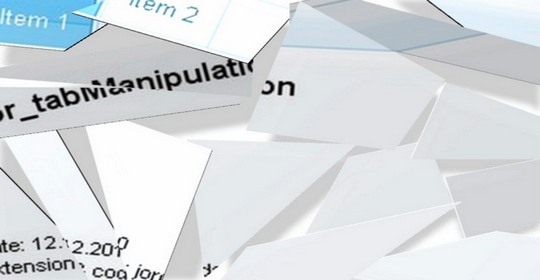 jor_tabManipulation update 5 can be used to manipulate the WB jQuery Tabs in 3 ways:

01. single style a WB jQuery Tabs easy with any of the 24 default themes
02. customize all properties
03. create external control

NEW**! in update 5
- direct select any of the 24 default themes by a single property
- customize all properties, - even switch back and forth between default themes maintaining customized settings
- option corner radius
- option external control trace mouse behavior ...

Jordan this is a fantastic extension. I can use this to make member business directories broken down by category. Brilliant!
Top

Nice ext. as always but it's lacking a mean aspect to this
(not real) deeplinking is provided with this setup which makes the back button very useful but this needs to be placed at every sub-page.
html object(or page-html) option or tag 'before </body>'

NOTE: the iframes must be having no link or just the first one on initial load because the last loaded(tab2) will be the one in the document title.

@ protectourlands – Great you have found some good use for it … glad! .

hmmm … I don't get it, how does this create a back button on a jQuery Tabs ?

if I want to get the title of a sub-page (iframe) I could probably do something like …
$('iframe').bind('load',function(){document.title=$(this).contents().find('title').html()});
… I wouldn't have to add code to each subsequent page
… but this won't work on a jQuery Tab either, there is no load of the frame ? . so I would have to add …
$('jQueryTabs1 a').bind('click',function(){document.getElementById('InlineFrame???').contentWindow.location.reload();document.title=$(this).contents().find('title').html()});
… something like this would work probably …

but then I got the page title, then what do I do with it ? ... it doesn't give me a working back button on a Tab ?
I guess I simply don't understand what your trying to achieve .

Jordan do you have a live sample for this?
Running WYSIWYG Web Builder since 2007...
Top

but I will add, at least temporary a live-demo tomorrow
I am working on a little update for this extension tho
cause although I don't understand what haakoo was asking, he did give me a good idea
I am adding a tab title change on event, so the content of the tab can be reflected in the tab title
and some other improvents, just a little work in progress .

There's no wbx file in the download so how is this an extension ?

Open the demo wbs file and its says wbx is missing!
Top

Patr100 wrote:There's no wbx file in the download so how is this an extension ?

Open the demo wbs file and its says wbx is missing!

don't know what you downloaded Patr100, but here it just downloads as the complete .rar .

Ok I have installed all the files and tested but I don't really see I would have much use for it
unless I am missing something.

I see scroll bars the same as if I added iframes manually to each tab - How is this dynamic?
Top

dynamic in controlling the content and control of tab
where does it say the iframe is controlled dynamic ?
and when did this extension became jor_Patr100_tabManipulation ? .

It's just a simple extension to control content to be shown inside an iframe inside a tabbed window.
It's controled from outside the tabs so you could have this tab window in the center and have different textual links set to point at the tab windows and control it

I was busy with some thingies to have some deeplinking in a page with ajax and thought it might work with this extension,in a way it does but not completely.
I made good use of your animate V1 in this,but would like to know why you dropped the option,inV2, to switch off the jQuery version.
When there's another item on the page that uses jQuery it will conflict.

Yes thank you I have seen the sample. Great stuff....
Running WYSIWYG Web Builder since 2007...
Top

haakoo wrote:When there's another item on the page that uses jQuery it will conflict.

regarding your back-button idea, that's exactly what I figured actually,
but I thought you where doing something with Flash trying to mix two thought into one …
hehe I wasn't that far off .

you mean jor_aniMate1 vs jor_aniMate2 I guess
it is not turned off, it uses the extensions new integrated jQuery enable
by doing so there is always one library call per page, so no jQuery conflict
the problem in it is only that the jQuery library is moving forward rapid, current release is 1.6.2
while Webbuilder remains at using the 1.4.2 version, at the moment
but I have seen very few extension being released above 1.4.2, I have seen some with 1.5.0
as long as code out there works with 1.4.2 and is released under WB as such, there will likely be no problem
myself I would like to see the jQuery library being updated more frequent in WB
(most of the jQuery library updates are very well backward compatible)
but … that would take away much time of Pablo having to retest each time of course
I'm sure a major new release of WB will make use of the latest(?) jQuery version(s)
so in short … -too late-

… no there will be no conflict, the way V2 is setup is better then V1
Top
Post Reply
36 posts